Russian Prime Minister Vladimir Putin's visit to Sofia has produced a real social impact, with initiatives both pro- and against him in the Bulgarian capital Sofia on Saturday, November 13, 2010.

The anti-Putin rally of several dozens produced slogans such as "Putin, go home!", "NO to Putin's Bulgaria, the Energy center of the Balkan Peninsula"and "NO to Bulgaria becoming Russia's Trojan horse in EU!" 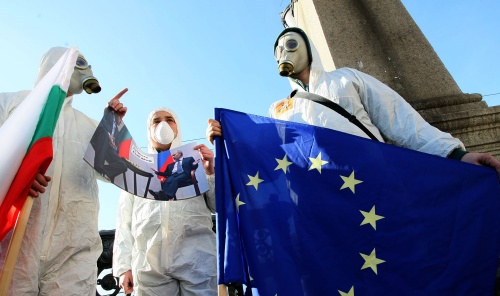