Viktoria Radochinskaya, a 31-year-old Russian, has won the title of Mrs. World 2009, in a competition staged this year in Vietnam.

The winner lives in Rostov-on-Don, has been married for eight years and has one son, Bogdan. She was awarded a crown of white gold decorated with 63 rubies valued at USD 100 000.

The runners up represented the United States (2nd) and Vietnam (3rd).

The annual contest, now in its 30th year, was held in the southern Vietnamese city of Vung Tau. It is regarded as one of the most prestigious contests on the global fashion circuit.

This year, it attracted contestants from 76 countries. Bulgaria’s representative was Stanislava Stratieva-Koleva. 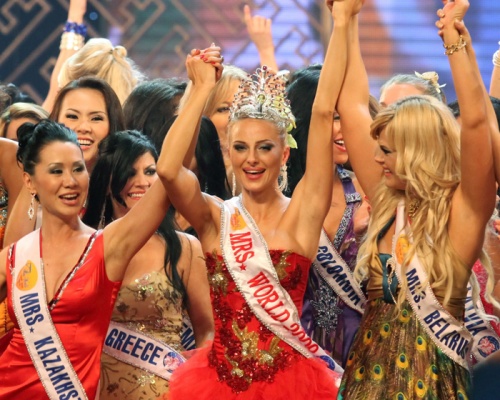