A car of the Bulgarian Council of Ministers crashed in Southwest Bulgaria Wednesday, June 24, with Prime Minister Sergey Stanishev being a close witness of the accident.

A governmental "Ford" crashed on the E-79 road in the late afternoon as the Prime Minister was returning from meetings with constituents in the towns of Sandanski and Simitli.

The crash occurred as the "Ford", which was the last car from the cortege of Prime Minister Stanishev, was hit by a "Seat" whose driver was trying to overtake a car driving in the opposite direction.

Three people, including a Council of Ministers press center employee, were injured in the accident, none were killed. 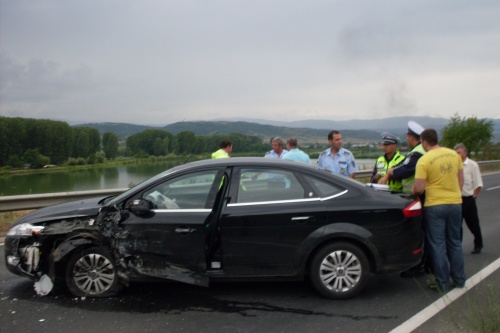