Each year on June 2, the day the revolutionary hero and poet Botev was killed in battle as a leader of an armed detachment fighting against Ottoman Turkish troops during the April Uprising, Bulgaria honors the memory of those who died in the struggle for liberation from the Ottoman Empire.

Tuesday's Remembrance at the Vola Mount, where the last battle of Botev's troops with the Ottoman Turks took place, was ruined by Volen Siderov, the leader of the far-right and extreme nationalist Ataka party, and his supporters by shouting out racial slurs and homophobic insults at the official guests including Prime Minister Stanishev, MEP Vigenin, and GERB party Chair Tzvetanov. 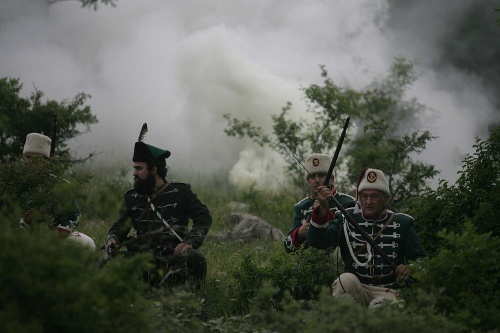