The line connecting the Mladost 1 residential quarter and the National "Vasil Levski" stadium in downtown Sofia is 6 km long. It has five subway stations. The distance will be covered in 10 minutes. The line will be initially served by four trains traveling at seven-minute intervals. 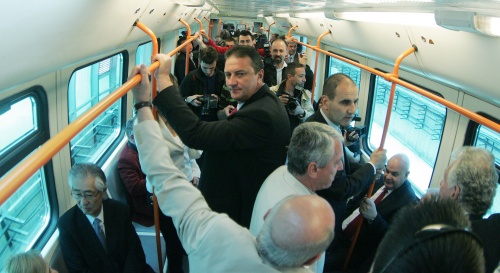