The southern Bulgarian town of Panagyurishte started Friday the remembrance events marking the 133 Year since the start of the so called April Uprising against the Ottoman Empire.

Despite the rain thousands of Panagyurishte residents and guests attended the first day of the events to honor the memory of the Bulgarian heroes, who on April 20 (May 3 according to the Gregorian Calendar), 1876, started Bulgaria's largest rebellion in its fight for freedom from the empire of Ottoman Turkey.

Thousands watched the theatrical restoration of the historical events at the time of the declaration of the April Uprising in which locals in traditional costumes played out in the open the event that took place on April 20, 1876. 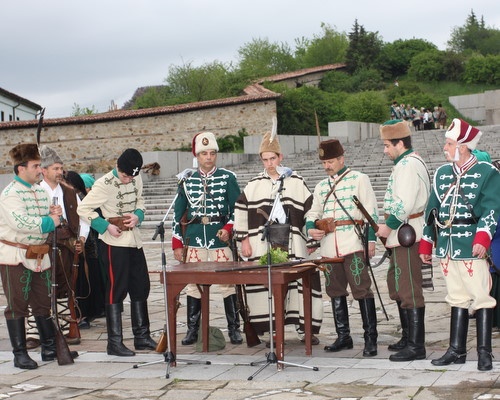