About a thousand supporters of the ruling Bulgarian Socialist Party from all age groups showed up in the Borisova Gradina ("Boris; Garden) park in downtown Sofia for the May 1 celebrations.

They were joined by representatives of Bulgaria's two major labor unions, Podkrepa Labor Confederation, and the Confederation of Independent Bulgarian Syndicates, and by supporters of the leftist agrarian party, Alexander Stamboliyski Agrarian Union. 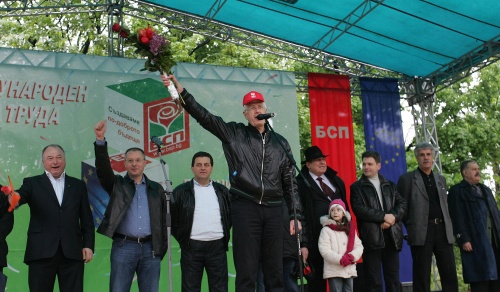 
Ruling Bulgarian Socialist Party May Day (May 1) Celebrations in Sofia