Israeli PM Benjamin Netanyahu (L) and President Shimon Peres (R) turn around as new Knesset member Yair Lapid (C), leader of the Yesh Atid (There is A Future) party shakes hands with them at a swearing-in ceremony in the Knesset, 05 Feb 2013. 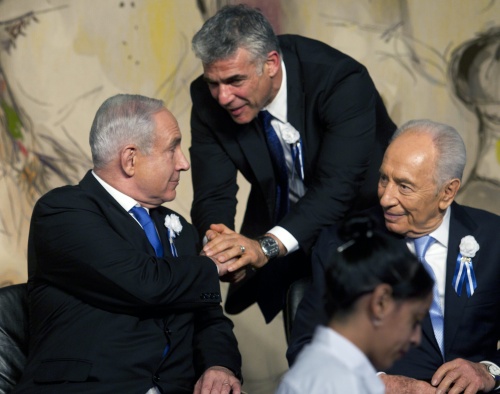