Movie fans line up to buy tickets at the box office of the upcoming 63rd Berlin International Film Festival in the shopping arcades at Potsdam Square in Berlin, Germany, 04 February 2013. 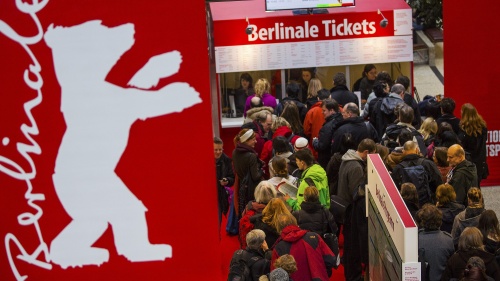