A protester holds a sign in French reading `Civil service is angry` during a demonstration against mass job layoffs, in Paris, France, 31 January 2013. 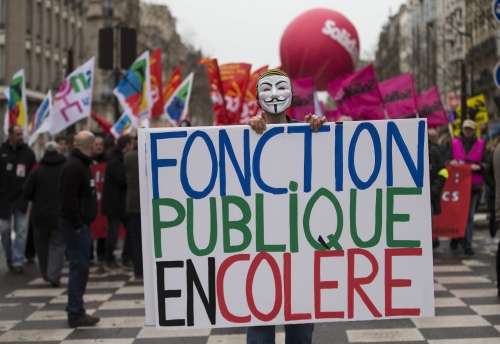