A Royal cart carrying coffin of late former Cambodian king Norodom Sihanouk past by thousands of mourners on a street near Independence Monument during the Royal Funeral ceremonies in Phnom Penh, Cambodia, 01 February 2013. 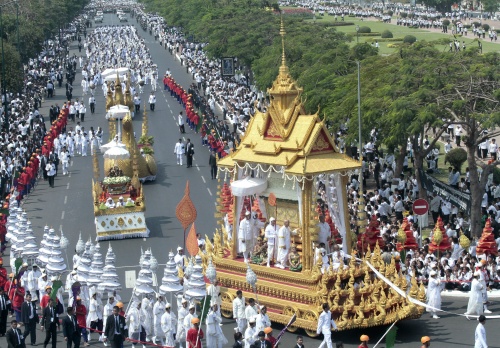