A Cambodian mourner prays in front of a portrait of late King Norodom Sihanouk on display at the Royal Palace in Phnom, Penh, Cambodia 01 February 2013. 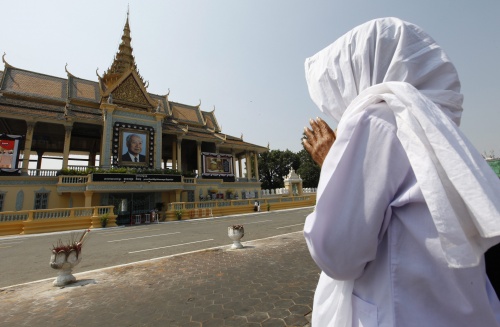