An Indonesian worker sprays water to remove moss from the relief at the ancient Borobudur temple in Magelang, Central Java province, Indonesia, 01 February 2013. 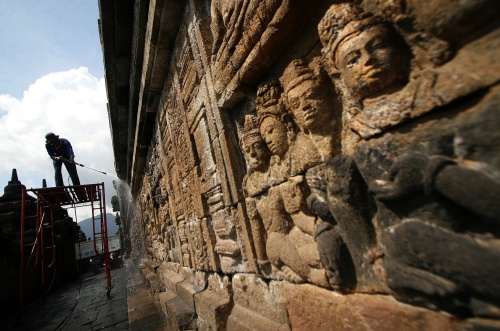