Locals leave for the pub by boat in Harwood, northern NSW, Australia, 30 January 2013. About 750 people earlier evacuated from Maclean have been able to return on 30 January, after the Clarence River hit 3.1 metres near Maclean as a result of ex tropical 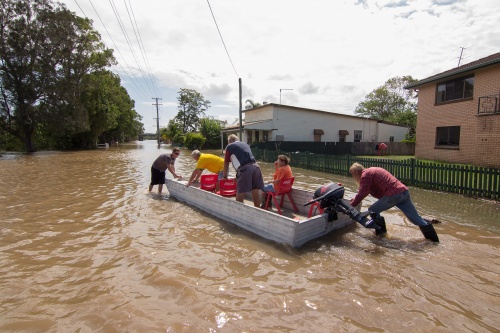