President Barack Obama (C) waves after his speech at the ceremonial swearing-in at the U.S. Capitol during the 57th Presidential Inauguration in Washington, DC, 21 January 2013. 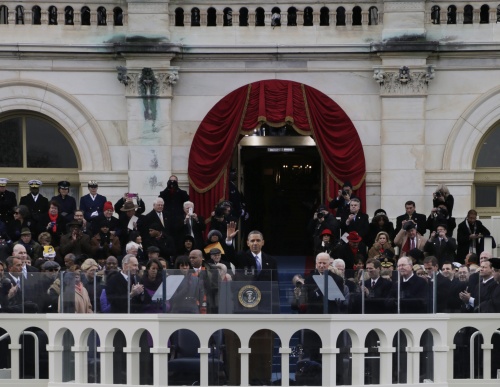