Former US President Bill Clinton gestures during the inaugural luncheon for US President Barack Obama inside the Capitol building following the ceremonial swearing in of Mr. Obama for a second term as the 44th President of the United States in Washington, 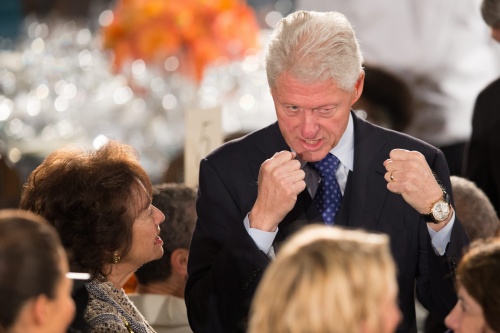