A general view shows Tunisian people gathering in a demonstration on the occasion of the second anniversary of an uprising that ousted president Zine El Abidine Ben Ali, at the Avenue Habib Bourguiba in Tunis, Tunisia, 14 January 2013. 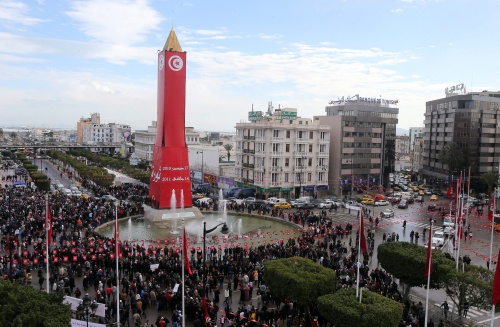