Pakistani Shi`ite Muslims women join the protest, flashing victory signs, as people sit by the bodies (not in picture) of the victims of twin bombings for the third day during a protest in Quetta, Pakistan, 14 January 2013. 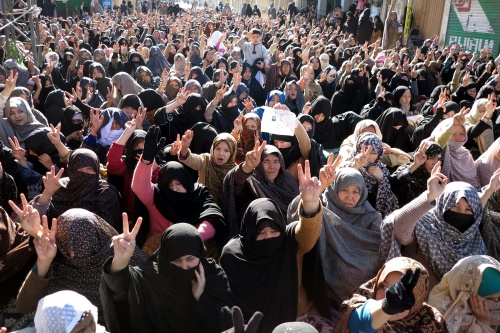