A photo made available 11 January 2013 shows the illuminated terminal of the new Berlin Brandenburg airport Willy Brandt (BER) behind a construction site fence with a warning sign, in Schoenefeld, Germany, 10 January 2013 evening. 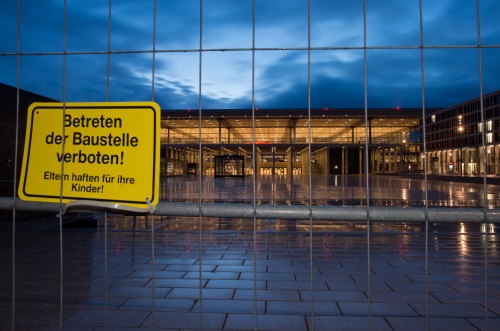