People swim and cool down in the Pacific at Bondi Beach, Sydney, Australia, 08 January 2013. 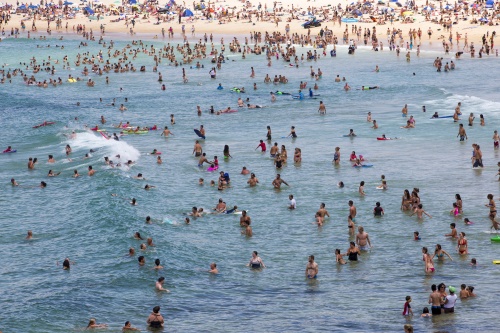