Unfamiliar territory.....A kangaroo hops through a burnt out paddock after a grassfire in Sunbury north of Melbourne,Victoria Jan. 8, 2013. 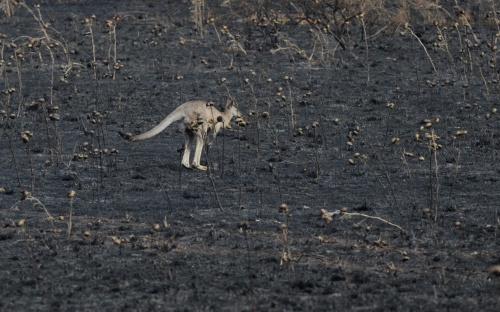