Pope Tawadros II(L) leader of the Egyptian Coptic Orthodox Church talks to Egyptian Christians bishop during the Christmas mass at the Coptic Cathedral of Saint Marcos in Cairo, Egypt, 06 January 2013. 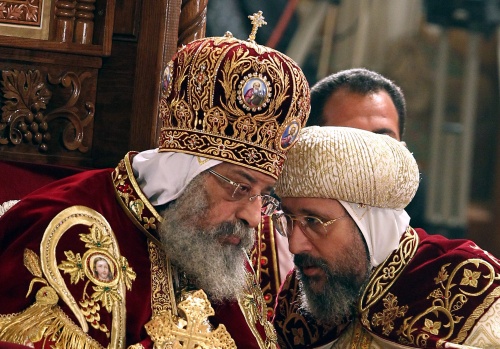