Firefighters try to put out the blaze that broke out at a farm produce wholesale market in Pudong new district of Shanghai, China, in the evening of 06 January 2013. 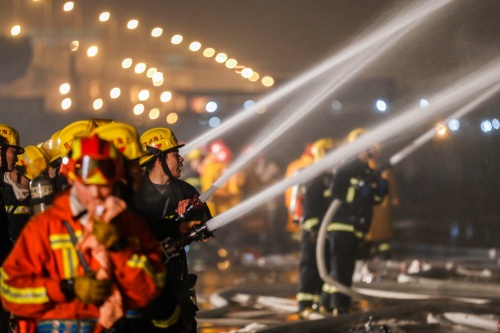