Russian soldiers take part in the military parade rehearsal on the Red Square in Moscow, 2 Nov 2012. The parade will take place on 7 November to mark the anniversary since 1941 when Soviet soldiers marched through the Red Square to the front lines of WWII 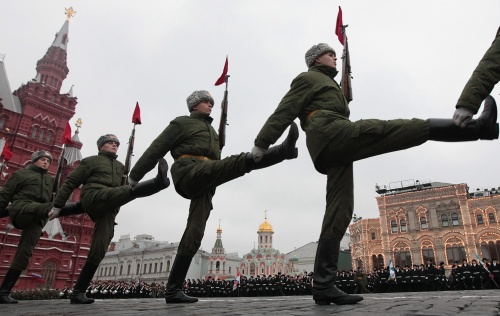