NASA`s Curiosity rover on 31 October 2012, when the probe - as NASA described it - used its Mars Hand Lens Imager (MAHLI) to capture a set of 55 high-resolution images, which were stitched together to create this full-color self-portrait. 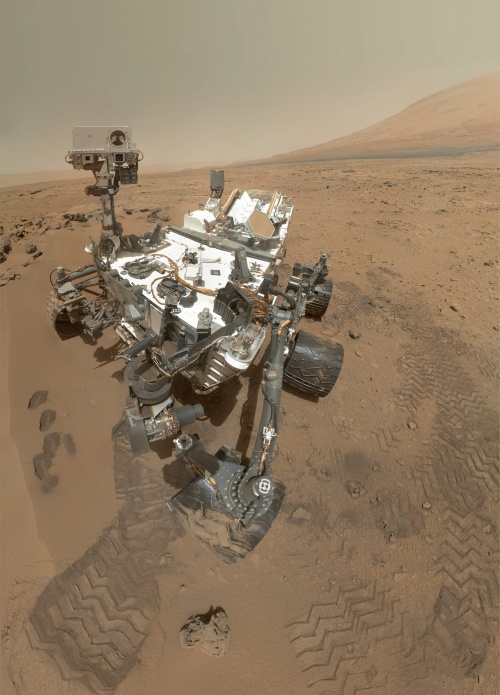