Novak Djokovic of Serbia signs the shirt of a fan as he hugs a soft toy wombat, Australian native animal given to him by a fan, during a photo shoot after he won the Australian Open Grand Slam tennis tournament champions trophy, outside the Royal Exhibiti 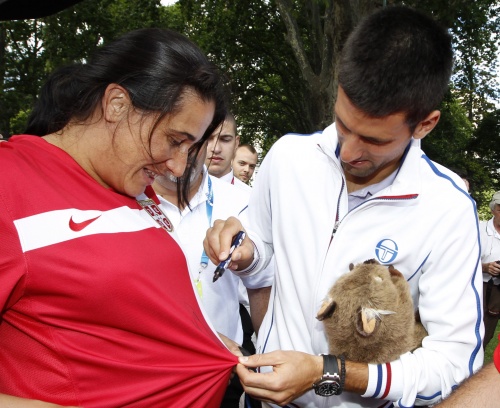