An honor guard directs the President of Myanmar Thein Sein to the dais during an official visit to Singapore, 30 January 2012. 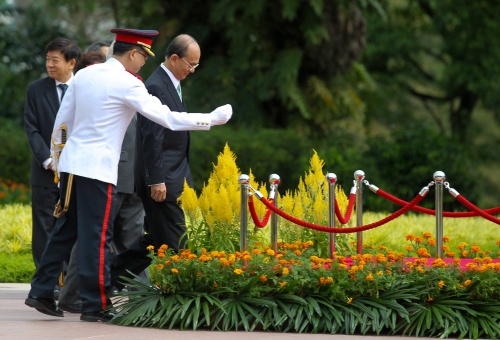