An Indian man (R) looks on before casting his vote at a polling station at village Bachiwind, about 40 km from the northern Indian city of Amritsar, 30 January 2012. 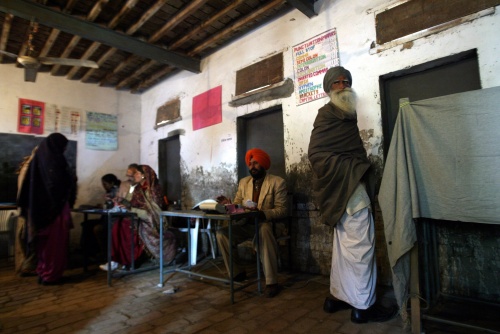