Uggie the Dog puts his paw on the Golden Globe award for Best Motion Picture - Comedy or Musical which went to `The Artist` in the Press Room at the 69th Golden Globe Awards held at the Beverly Hilton Hotel in Beverly Hills, Los Angeles, California, USA, 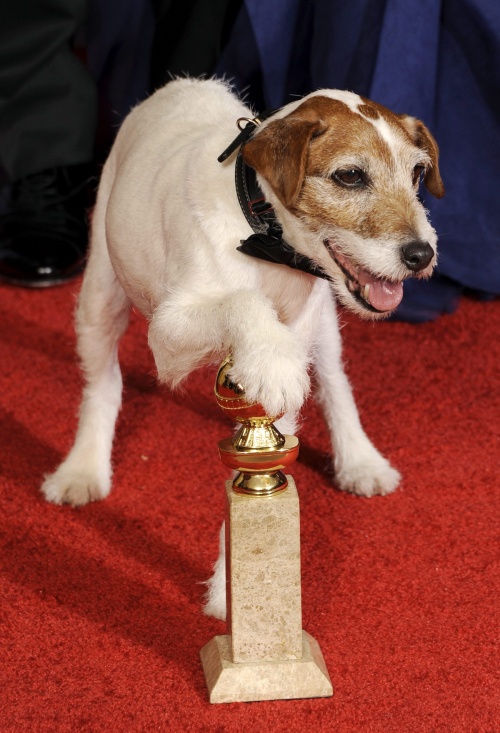