An Adelie penguin starts to groom a soft penguin toy as researchers and crew of the Aurora Australis get out onto the fast ice which the ship has settled into at Commonwealth Bay 20 km from Mawson`s Hut in Antarctica, 13 January 2012 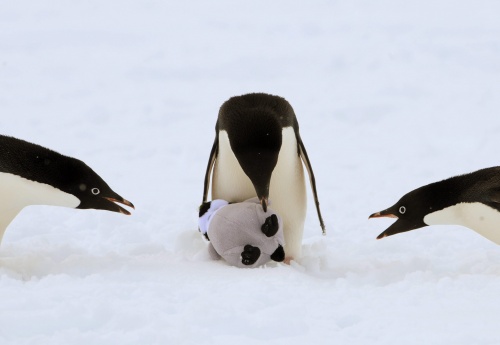