A handout photograph provided by the Venezuelan Presidency on 03 January 2012 shows Venezuelan president, Hugo Chavez (L), as he arrives at the church in his hometown Sabaneta, Venezuela, 02 January 2011 to pay a visit after his fight against cancer 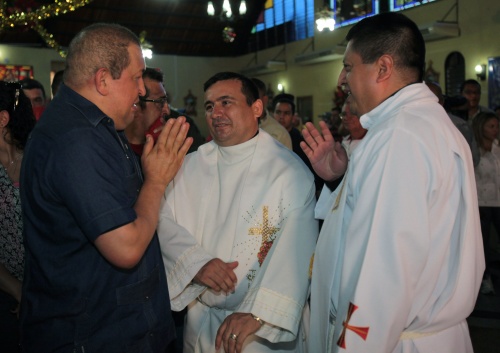