A three-year old child washes his hands with tap water at a kindergarten, in Tokyo, Japan, 29 March 2011. According to the Tokyo Metropolitan Government on 28 March, no more radioactive iodine was detected in samples of the city's water, 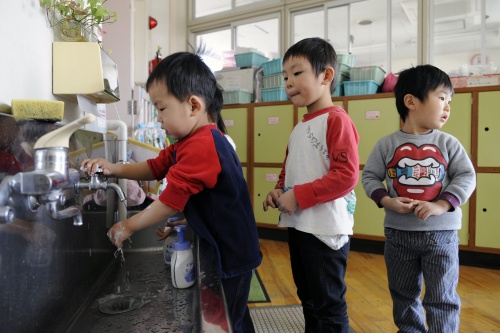