Libyans protesters hold a giant French national flag and old Libyan national flags during a protest in Benghazi in Eastern Libya, 23 March 2011. According to Libyan news website Brnieq, rebels vowed they would reclaim Ajdabiya, just west of the opposition 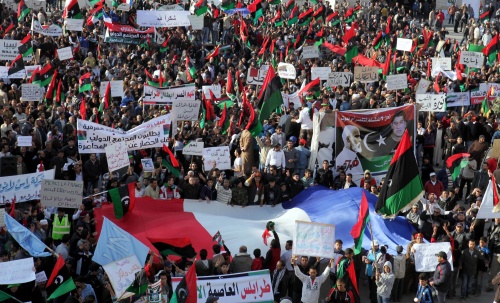