Israeli police running towards the entrance of Jerusalem from the scene of a bombing attack on a passenger bus near the the central bus station in Jerusalem on 23 March 2011, as they hear of a second possible attack, which turned out to be a false alarm. 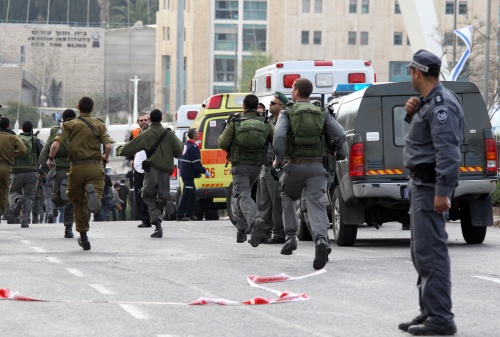