Indonesian Muslim cleric Abu Bakar Bashir gestures as he talks to journalist inside a detention room during his trial at South Jakarta's court, Indonesia, 17 March 2011. Bashir and his lawyers refused to attend the trial inside the courtroom after the pan 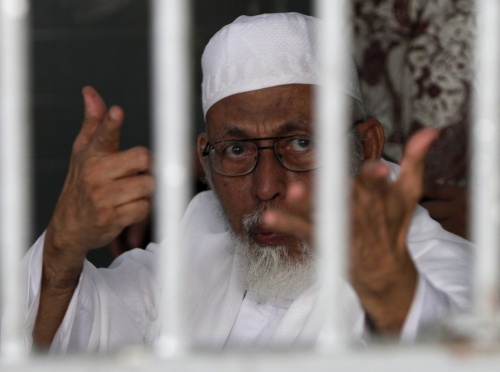