A farmer feeds rabbits raised for meat at a rabbit farm in Jinjiang city in southeast China's Fujian province, 13 March 2010. The farm keeps nearly 4,000 rabbit, more than it can sell, which forced the owner to cut back the reproduction rate. 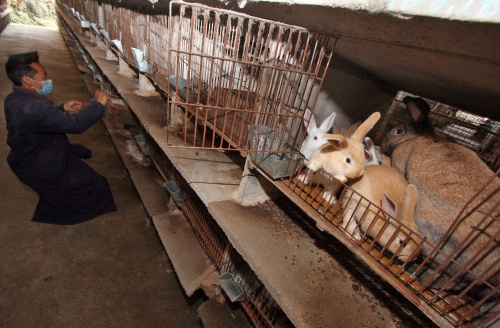