An undated file photograph released on 09 March 2011 shows the nuclear-powered aircraft carrier, the USS Ronald Reagan. The U.S. 7th Fleet announced on 09 March that the 97,000-ton supercarrier will participate in the ongoing annual South Korea-U.S. joint 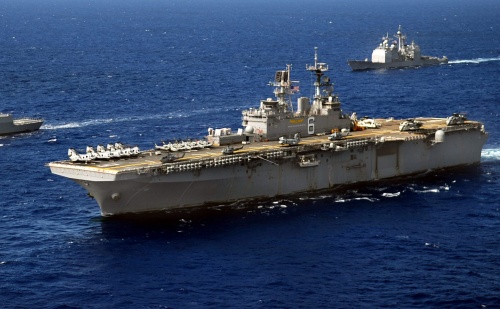