Britain's Prince Harry smiles as he helps planting a tree during an official naming of the British Garden at Hanover Square in New York City. Prince Harry is on a whistle-stop 36 hour official trip to New York City ending on May 30 afternoon. 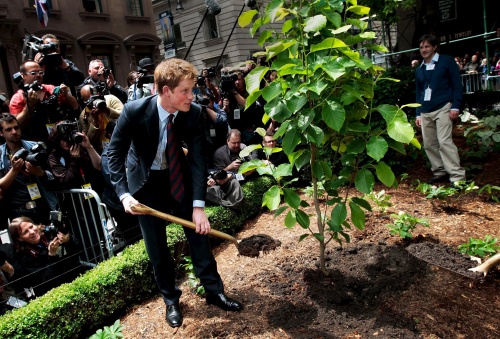