Friends of the murdered in 2008 Bulgarian college student Stoyan Baltov carry posters in front of the Central Court in Sofia, calling for the guilty to be brought to justice as the City Court resumed the trial against 3 defendants, April 30, 2010. 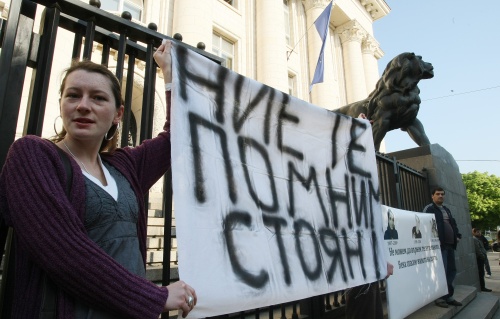