A picture made available on 30th April 2010, shows dolphins interacting with trainers at an theme park, in Sanya, Hainan province, China 27 April 2010 . In a new study dolphins have been declared the world's second most intelligent creatures after humans. 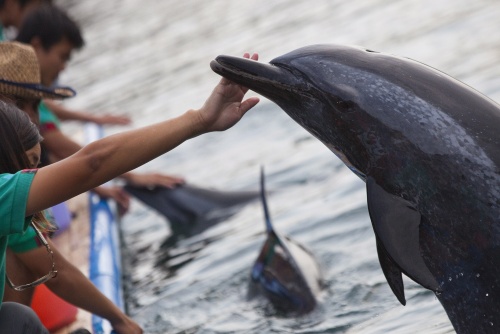