Dutch Queen Beatrix (3-R) inaugurates 29 April 2010 in Apeldoorn, the Netherlands a monument of remembrance of the victims of the incident on Queensday in 2009. A man drove into the crowds on 30 April 2009, while they we're watching the Dutch Royal family 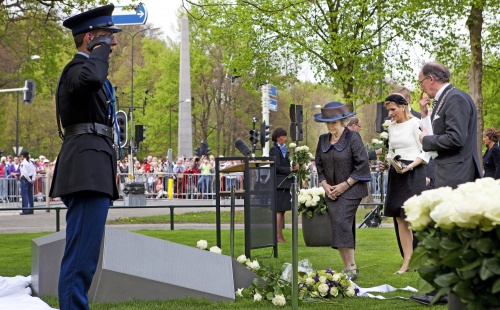