A picture made available on 29 April 2010 shows Russian Prime Minister Vladimir Putin (R) assisting in examining a 231kg polar bear while visiting the Alexandra Land island, part of the Franz Josef Land archipalego in the Arctic Ocean in April 2010. 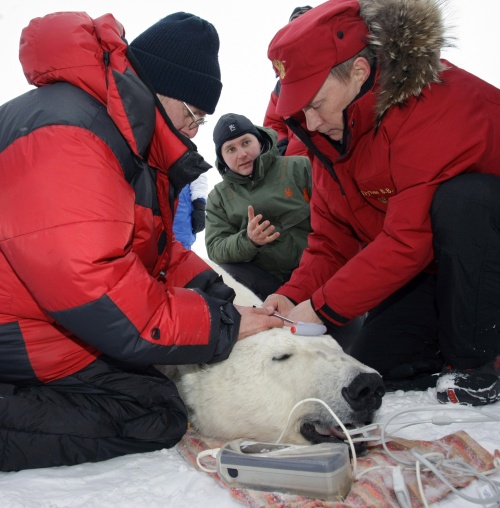