An Afghan man looks at an anti-aircraft gun of the Soviet era, displayed in a Museum launched by the orders of former Mujahideen leader Ismail Khan, in Herat, Afghanistan, 28 April 2010. Afghanistan marked the 18th anniversary of the Mujahideen's Victory 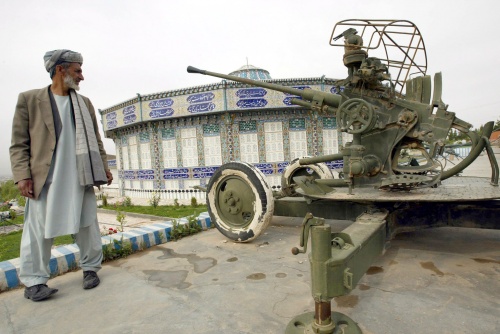