French President Nicolas Sarkozy (L), President of China Hu Jintao (C) and French First Lady Carla Bruni-Sarkozy (R) pose in the Great Hall of the People in Beijing, China, 28 April 2010. Sarkozy and his wife are on a three day state visit to Beijing and 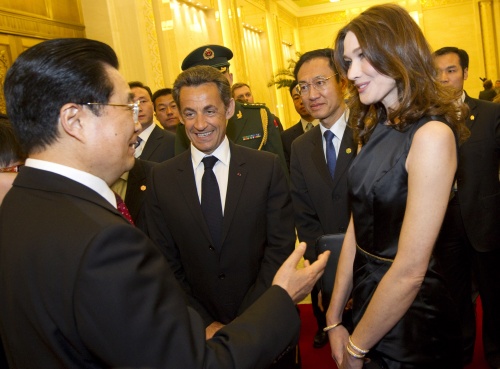