Siemens employees demonstrate against job cuts in front of the company's headquarters in Munich, Germany, 28 April 2010. Siemens announced some 6,200 job cuts from which 4,000 will be in Germany affecting specially the city of Bad Neustadt. 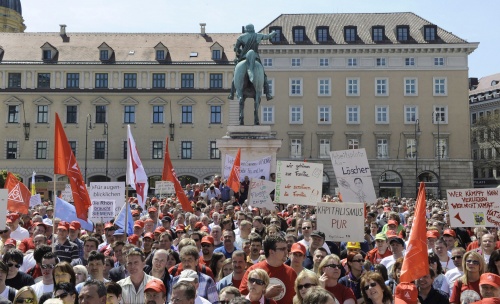