A man puts a plug of a connecting cable from a charging station in the filler neck of an electric car for demonstration reasons in Strasbourg, France, 27 April 2010 as a border crossing pilot project for electric cars is presented in Strasbourg. 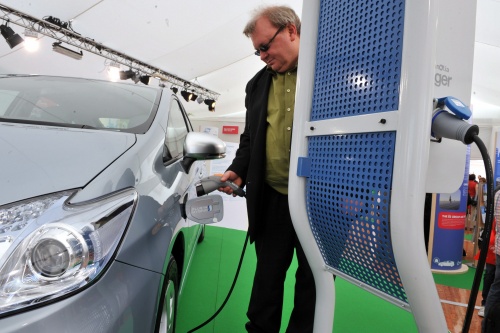