Russian Prime Minister Vladimir Putin during a visit to the European Judo Championships at the Ferry Dusika Stadium in Vienna, Austria, on 25 April 2010. Putin has a black belt in judo and is the Honorary President of the European Judo Union (EJU). 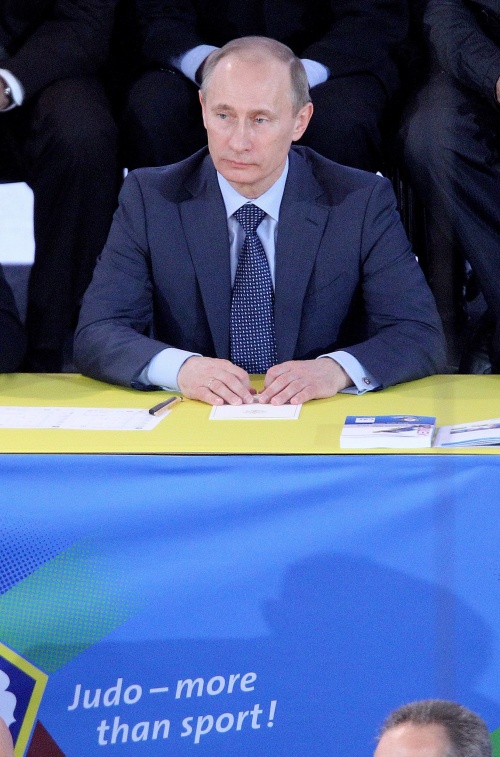