Jabbar Khan, a 15-month old boy, the first victim of Polio virus, diagnosed in year 2010 play with children at his home near the Afghan border in Chaman Pakistan on 23 April 2010. Since the begining of year 2010, 15 Polio cases across the country have bee 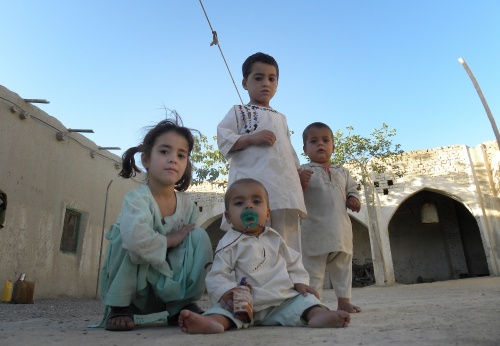