The coffin of President of the Institute of National Remembrance Janusz Kurtyka during a funeral ceremony at the Church of St. Peter and St. Paul’s in Krakow, Poland, 23 April 2010. Kurtyk was one of the victims who died when a TU-154 M plane crashed in S 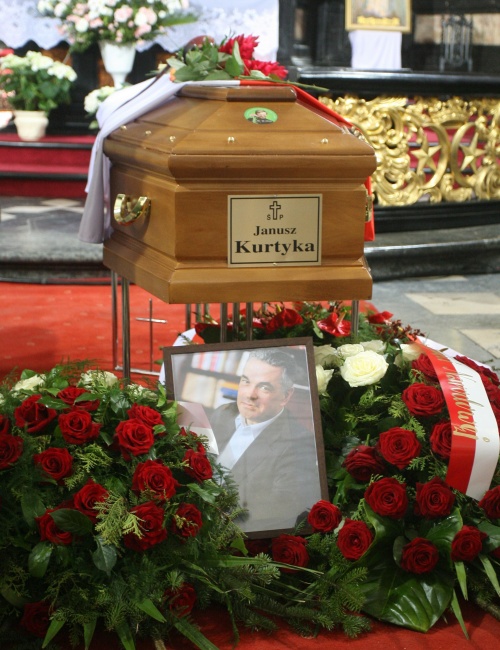