One-euro coins in the hands of an employee at the Greek National Mint in the Athens suburb of Halandri producing one-euro coins on 23 April 2010. Greece has officially asked the activation of the EU-IMF support mechanism for Greece. 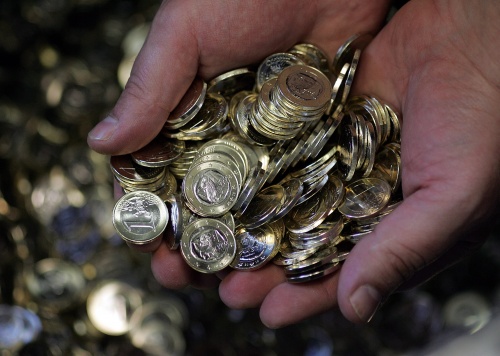